We are pleased to say that our Titicut Follies event with filmmaker Frederick Wiseman
sold out and was a complete success! La Veracruzana’s Martin Carrera was very generous donating the catering for the pre-screening reception, and it was great to work with Amherst Cinema as part of our Valley-wide approach. Below, we have exciting news about the Victory Theatre Project and wonderful upcoming programming in May! Don’t forget to mark your calendars and support MIFA Victory Theatre on Valley Gives Day, May 2, 2017.

From our Executive Artistic Director

“Our steam is hot, hot, hot, steady and persistent on the Victory. We started in
2005, bought the building in 2009 pursuing a development plan and are absolutely
dedicated to getting it done! It’s a great plan, we have the most professional team
in the business, and we won’t rest until it’s done. It’s an expensive, complex project
with enormous scope. I sympathize with anyone who wants it open faster, but remember
it took 40 years to get Union Station open. It’s not easy. Steady dedication, persistence
and professionalism will get the Victory Theatre reopen.”

In April, the MIFA Victory Theatre Project was awarded an additional $100,000.00 in Massachusetts Historic Rehabilitation Tax Credit funds! That brings us to $200K in new tax credits since November 2016, putting us at a total of $4.4 Million!

We would like to thank Chairman Secretary William Galvin and the Massachusetts Historical Commission for their continued support.

MIFA will be applying for the next round on April 30, 2017. Find out more about the MHRTC program here: http://www.sec.state.ma.us/mhc/mhcidx.htm

The Wastelands in Holyoke

Children of the Wild have returned to Holyoke to give three performances of their original traveling
folk opera!
May 5 at 5:30pm
May 6 at 5:30pm
May 7 at 3:30pm
At the Holyoke Creative Arts Center. FREE and Open to the Public! The performance runs 75min with a reception and dialogue to follow.

The Grapes of Wrath

The National Players, America’s longest-running touring company, returns to Holyoke with their production
of The Grapes of Wrath.
Monday, May 8, 2017 at 6:30PM, Sears Auditorium at Holyoke High School.

General Admission $10
Children, Student, Senior $5
“Tom Joad returns from prison to find the Oklahoma family farm in ruins. As the Joad clan gathers their possessions to leave the Dust Bowl behind, there’s both hope and fear about prospects in California.”

In Case You Missed It 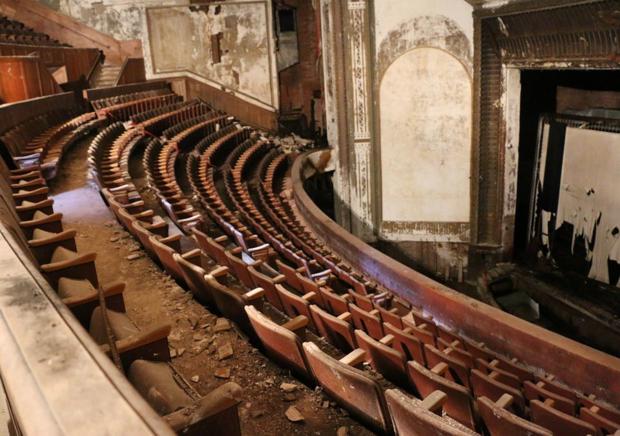 Screening of Titicut Follies with Filmmaker Frederick Wiseman SOLD OUT!

Frederick Wiseman is one of today’s greatest living documentary filmmakers. For 50 years, with help from the Public Broadcasting Service (PBS), he has created exceptional bodies of work consisting of 41 films devoted primarily to exploring American institutions.

“Mr. Wiseman was very impressive in the panel discussion, the audience was clearly deeply engaged, and of course, the film itself affecting and memorable. Everything about the event was first class!”  – Performance Sponsor John Armstrong

Titicut Follies in the News!

Photo courtesy of Zipporah Films, Inc. More information about the films of Frederick
Wiseman can be found at www.zipporah.com

Frederick Wiseman receives an Honorary Award at the 2016 Governors Awards